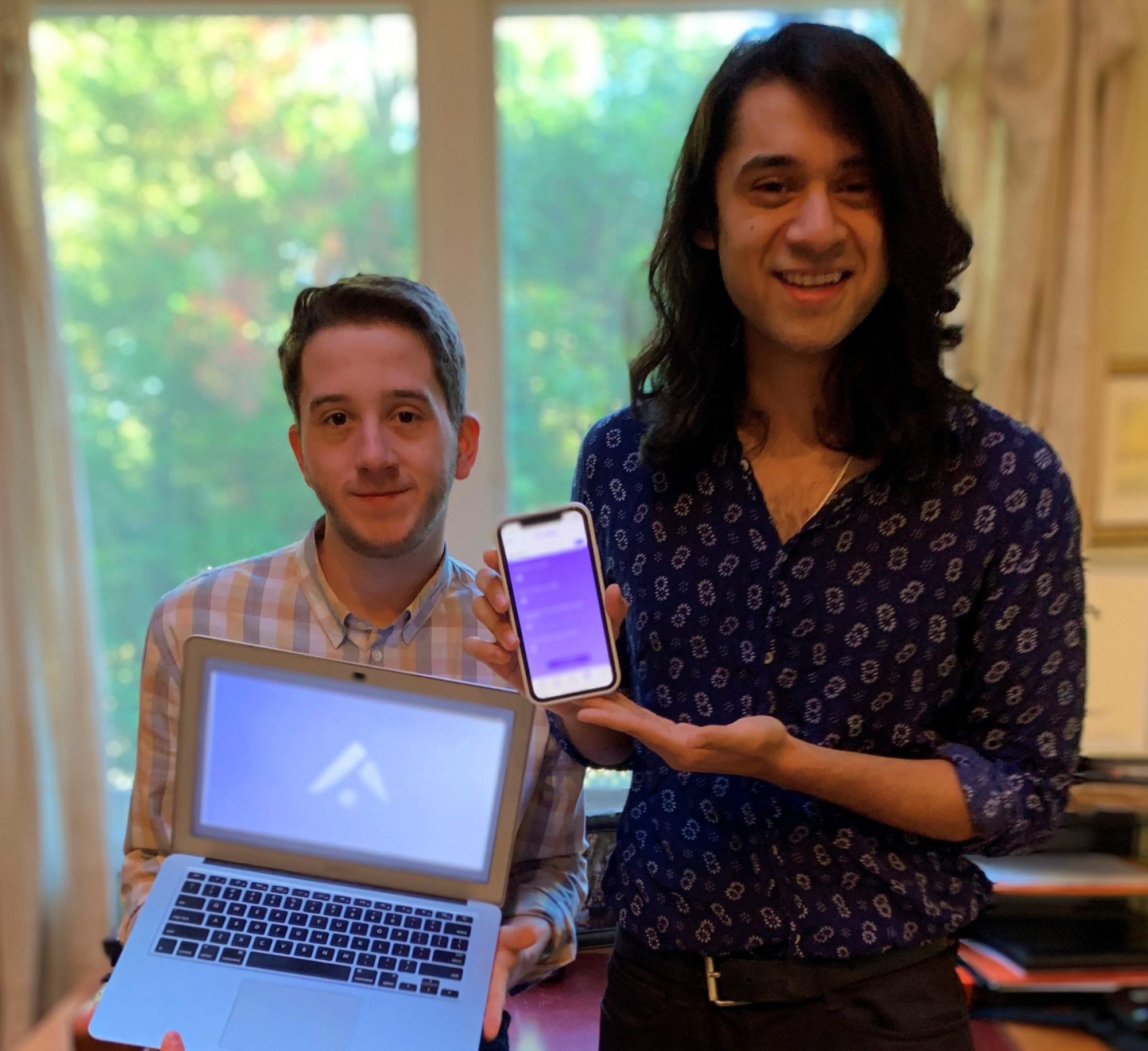 The first week of October is Mental Health Awareness Week, and Daniel Fridliand ’18 (Whitman), and his co-founder Dylan Sen, are bringing awareness to the issue by launching Awning, a mobile app that generates customized stress release routines for its users.  The team began working together since shortly after they graduated in 2018, and will be demonstrating the app at tabling events around the SU campus this Friday, October 4.  Look for them across campus during the day, and at the LaunchPad in Bird Library from 4 p.m. to 7 p.m.  A link to download the Awning app is here.

Mental health has been identified as a top priority for the Student Association at Syracuse University.  “Stress and anxiety disorders weigh heavily on a large number of people,” said Sen. “The symptoms of these disorders involve shortness of breath, intrusive thoughts, and elevated heart rate. The National Institute of Health (NIH) estimates that 18.1% of the US population is diagnosed with clinical anxiety, and the American Psychological Association (APA) reports that an estimated 44% of the country overall experiences difficulty in managing increased stress.”

“Few demographic groups struggle with stress as much as student,” added Fridliand. “In the last five years alone, student stress rates have increased nearly 25%, with 80% of high school and college students experiencing a stressful event at least once a month. Despite this growing and prevalent issue, most schools are woefully unprepared to address it. The average ratio of counselors to students at American colleges is a staggering one counselor for every 1738 students, leaving the vast majority of the affected completely untreated.”

“Awning is our solution to student anxiety,” noted Sen. “Awning is a mobile application designed to generate customized, instantaneous stress/anxiety reductive routines and exercises for the user. Its primary approach utilizes biometric data (primarily heart rate) and biofeedback based approaches to detect, assess, and manage stress, using data gathered from wearable devices, such as the Apple Watch. If a user does not own a wearable device, they are instead presented with a brief questionnaire, with questions that assess various anxiety related symptoms, answered on a scale of 1-10. The data gathered from both approaches is analyzed by underlying algorithms to determine the nature and intensity of the user’s stress, and the app generates a customized exercise for the user based in meditation, music therapy, breathing exercises, journaling, and mood documentation.”

Customer discovery is an essential step in launching an app, so the team is interested in signing up 300 – 500 college students and collect feedback on the app.  “I am thrilled to be working with my alma mater to help launch this mobile app.  Syracuse has a robust and diverse palette of mental health resources available to their students, and we are excited to launch in a school that prioritizes and supports their students’ well-being.”

Awning has been working with the Blackstone LaunchPad powered by Techstars at SU Libraries on its investment ready roadmap to seek external investment to scale the platform.

Scan the QR code, or here is the download link: https://apps.apple.com/us/app/awning-anxiety-relief/id1447063331