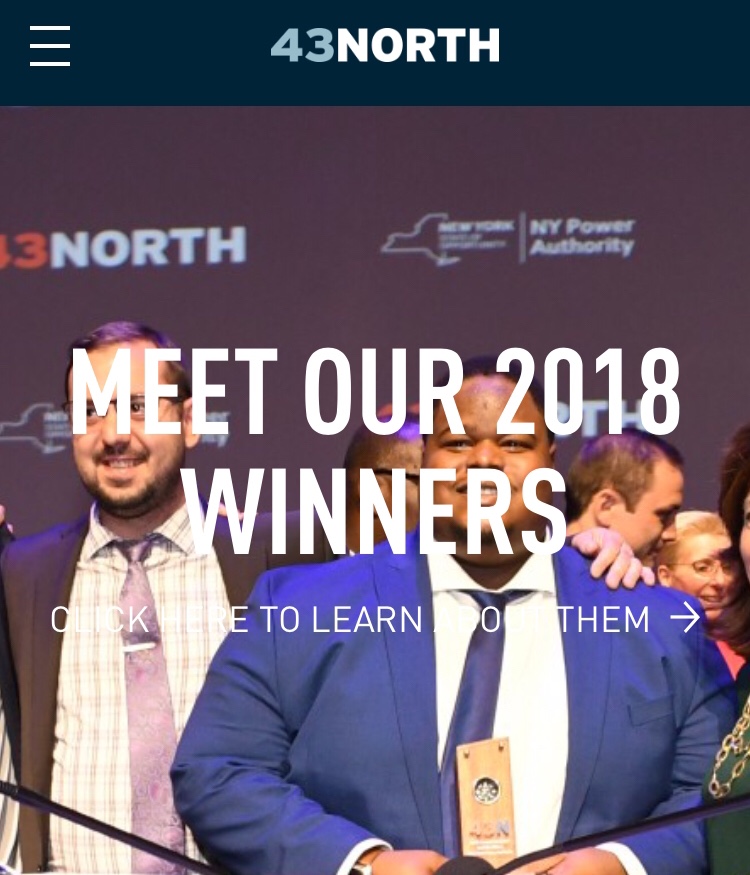 When an innovation ecosystem works together, magic happens.  That’s the story behind the SparkCharge founder, team members, advisors, mentors, peer entrepreneurs, supportive faculty and SU resource connectors who are part of the million dollar story at 43North Buffalo this week.  If there is a great example of a shared success story, it’s this — a venture that is “SparkCharged” by the energy and vision of its founder, SU alum Josh Aviv, Congratulations to Team SparkCharge!

Joshua Aviv ’14 G’17, founder and CEO of SparkCharge, a company that produces a portable, fast charging battery unit for electric vehicles, has earned the top prize of $1 million at 43North, a Buffalo, New York-based startup competition. 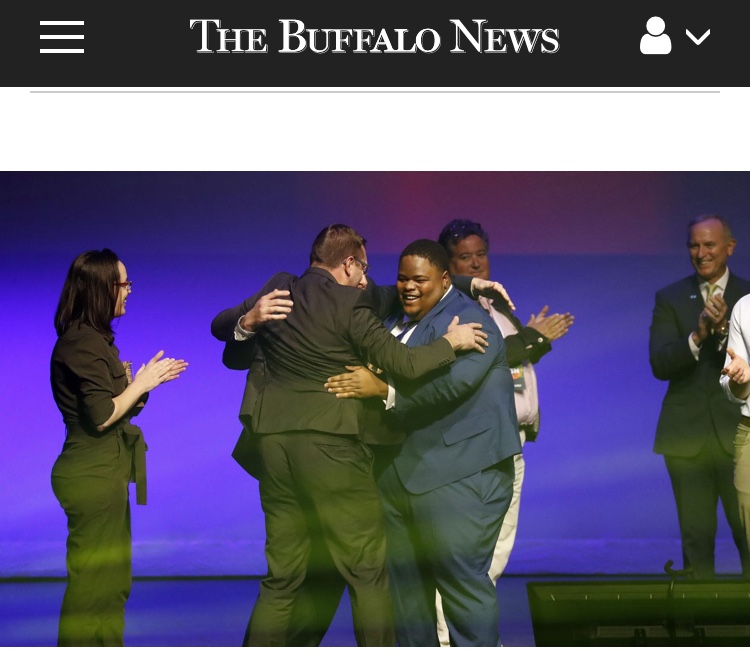 “It’s been thrilling to watch Josh take his project from the first gleam of an idea into the prize-winning, successful company it has become,” says Professor Peter Wilcoxen, an economist who teaches about energy and environmental policy at the Maxwell School and the College of Arts and Sciences, where he also directs the Center for Environmental Policy and Administration. “I remember when he first started talking about his idea for EV charging and his vision for bringing it into reality over the course of the semester. In fact, I still have his first business card from that semester on my wall. He’s a born entrepreneur: smart, hard-working, a natural leader and completely undaunted by obstacles.”

Aviv went on to complete his undergraduate degree in economics in 2014 and stayed at Syracuse to work on his venture as he transitioned to graduate studies in information management at the iSchool.

As a participant in the iSchool’s Information Technology, Design, and Startups program, Aviv took his project to the Syracuse Student Sandbox accelerator, where he received guidance from iSchool adjunct faculty member and Sandbox director John Liddy. His original business idea centered around stationary charging units for electric vehicles, and Aviv donated a set of his early prototype chargers to SU in 2017.

After several refinements to the original idea, SparkCharge’s vehicle charging unit is now small enough to fit in the trunk of a car, and charges electric vehicle batteries at level 3 speed, giving drivers one mile for every 60 seconds.

“Josh has shown the tenacity it takes to be a successful entrepreneur,” says Liddy. “As an avid supporter of electric vehicles, his pursuits have iterated from charging stations to portable batteries that prevent range anxiety.” 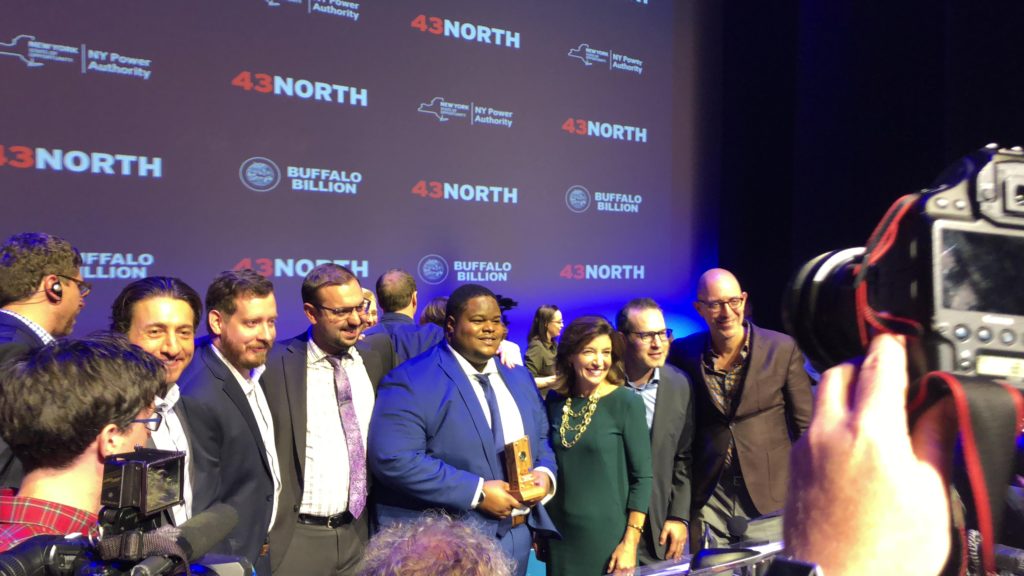 As his time at the Sandbox wound down, Aviv completed an internship at the SyracuseCoE and joined the Blackstone LaunchPad, where he worked to develop and refine his business plan.

The Blackstone staff and their far-reaching entrepreneurship network helped to coach Aviv and his team, which led to Aviv’s success in securing a slot at the TechStars accelerator earlier this year. In his run up to TechStars, Aviv also won the $100,000 grand prize at the New York State Business Plan Competition in 2017 and took first place in both the 2017 Compete CNY regional qualifier and the joint iSchool/Blackstone LaunchPad iPrize competition. Research and development initiatives for Aviv’s company are still based at the SyracuseCoE.

“Josh’s tremendous win at 43North showcases Syracuse’s strengths across data science, social science, technology and entrepreneurship, and demonstrates how the environment here gives students the tools and the support to imagine and build something amazing,” notes David Seaman, dean of the Syracuse University Libraries, home of the BlackStone LaunchPad. “He did a masterful job of explaining his product, the company potential and why Buffalo should invest in him.” 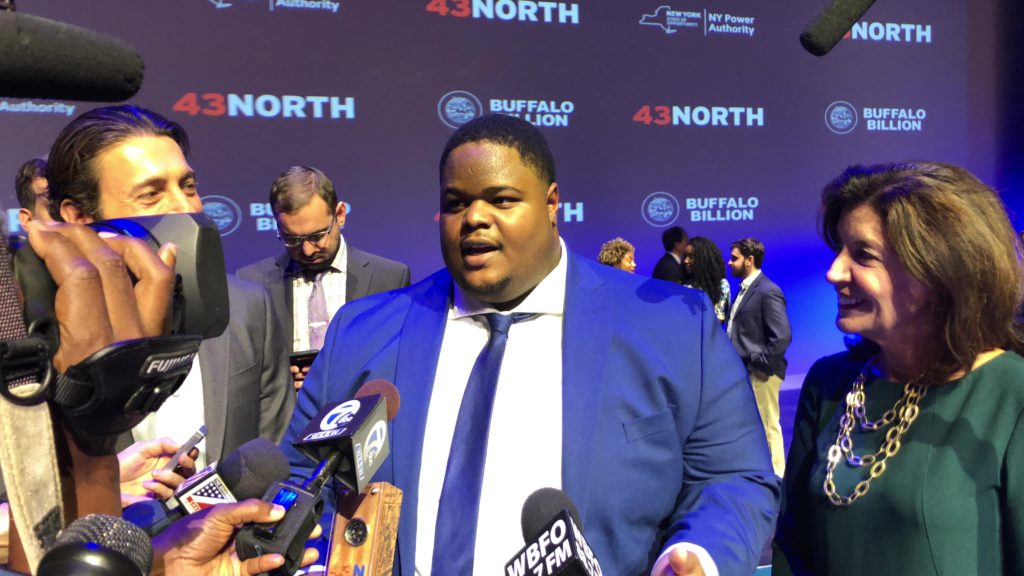 In Buffalo, Aviv competed against 17 other finalists from across the country. In addition to the cash prize of $1 million, Aviv will receive formal mentorship, 12 months of free incubator space, marketing assistance and freedom from New York State taxes for 10 years, both for his company and the personal income of his employees. He is expected to move his company to Buffalo in early 2019.

“I love seeing student success like this. I see it as part of a continuously building effort of many people that started years ago,” says iSchool adjunct professor Michael D’Eredita, co-founder of the IDS program. “It continues to increase momentum, scale and scope. Josh and his team are exemplary and demonstrate pure and relentless entrepreneurial spirit. Congratulations to Josh, his team and the entire Syracuse University startup community!” 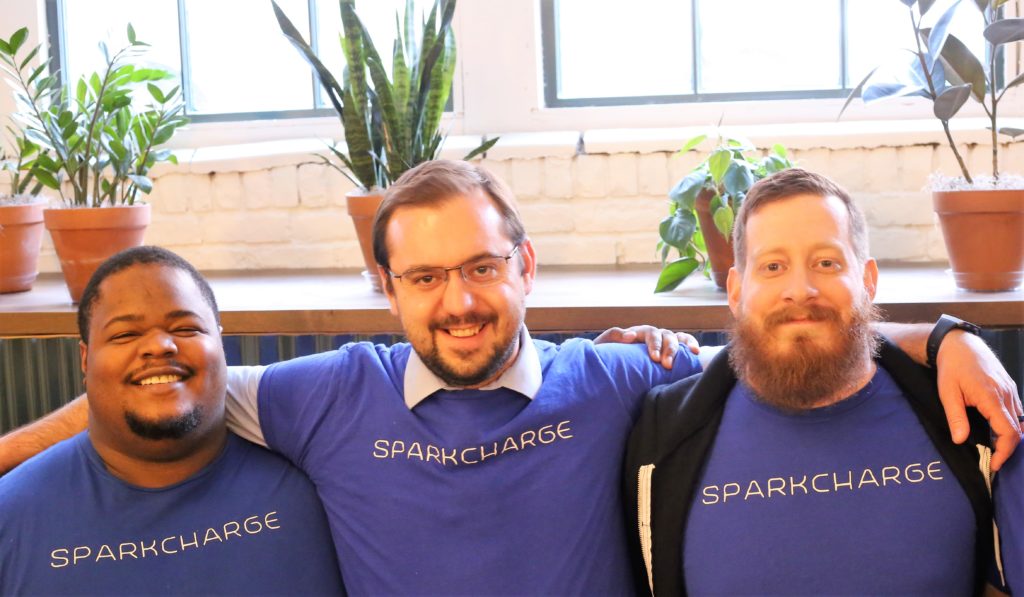