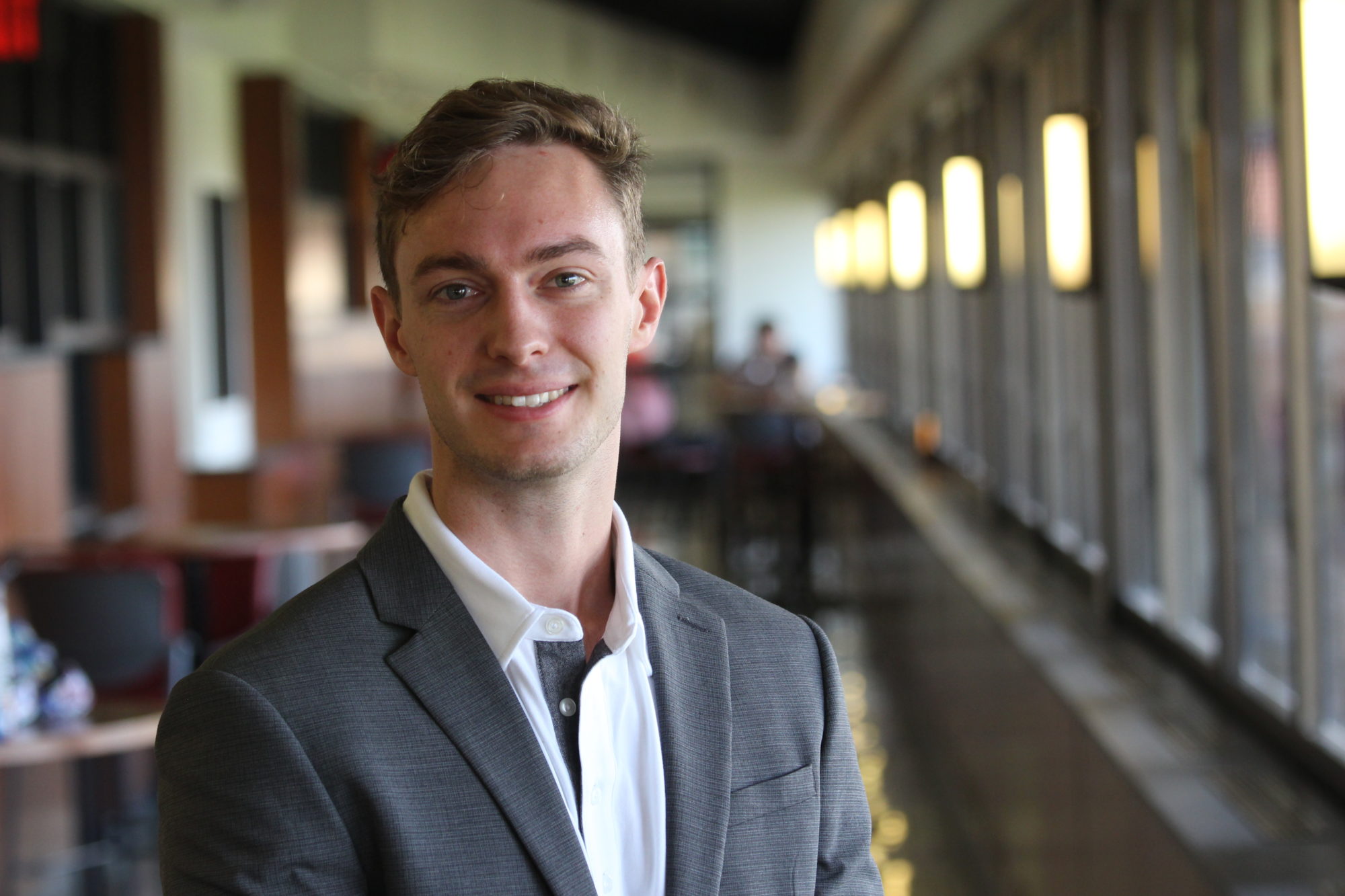 Industrial and interaction design major, and New Jersey native Alec Gillinder ’20, grew up with a passion for taking things apart, figuring out how they work, and putting them back together again. This led to Gillinder’s decision to brand his career as a bridge to the gap between engineering and industrial design, making new innovations that are user centered.

When Gillinder met with Quinn King ’20, the two quickly became close friends, but it wasn’t until 2018 when the pair were participants in the Invent@SU Invention Accelerator Program where they realized that they would go onto to become co-inventors and business partners. Gillinder and King invented L-IV, or Liberating Intravenous, a portable alternative to the standard IV treatment. L-IV is a portable and adjustable IV treatment option that produces the same mass flow rate as the standard IV. An invention that focuses on solving the pain point of limitations within IV treatment while improving quality of life for those undergoing these treatments, the pair began thinking about the user experience when innovating medical devices.

This led to the creation of their entity, MedUX LLC, which aims to “create innovative medical products through user-centered design.” After winning Invent@SU and most recently ‘Cuse Tank, they’ve had their fair share of successes, and are ready for the challenges to come. In fact, the team with MedUX has a full plate, with next steps being a Non-Provisional Patent Application, an FDA landscape, and the first round of manufacturing all coming soon. Along with all of this work, Gillinder and King were recently named semi-finalists for the SU ACC InVenture Prize competition on February 22.

Despite all of the work, there are plenty of fun memories the pair share. One of Gillinder’s favorite memories from the past year includes speaking on a panel at the MedTech Conference about what it means to be an up and coming entrepreneur in Upstate New York. “It was a huge moment for us,” he said. “We were sitting next to CEOs of huge companies in the area, being considered one of them.”

Gillinder and King make it a point to keep in enthusiastic and really reflect on where they’re at. “You need to enjoy the huge journey that you’re about to take on.” It’s easy to see the MedUX team truly enjoys what they’re doing every day as they walk into the LaunchPad. Their personalities radiate passion which creates an environment where others deeply engage with their story and mission of their company.

When on the topic of what’s next for Gillinder, he said, “I always want to keep making new things — this is one chapter in the big broad scheme of things.” His excitement for his venture and his future extends through the library, and it’s no wonder that him and his venture MedUX are creating a wave throughout the entrepreneurship community here at SU.

Gillinder is often seen in the Blackstone LaunchPad in Bird Library working with mentors or practicing for pitches. The MedUX team will be competing in this year’s ACC InVenture Prize, along with other SU innovators. Head over to the SU Warehouse or the LaunchPad to hear all about how this team is changing the way we view portable medical devices, and aiding others to have an improved quality of life.