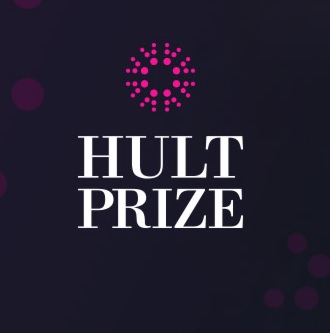 Student startups Farm to Flame Energy and Drop Top won first and second place respectively in the Syracuse campus qualifier for the prestigious Hult Prize, hosted by the Blackstone LaunchPad at Bird Library this week.

Farm to Flame Energy will now advance to one of 15 regional finals in March 2018, and first alternate, Drop Top, will move on to an open national competition, with another opportunity for a spot at the regionals.

A winning team from each of the 15 regional finals will be selected to participate in an eight-week summer residency at the Hult Castle accelerator in the United Kingdom, and a chance to pitch at the United Nations in September 2018, with the winning team receiving the $1,000,000 grand prize.

Farm to Flame Energy’s patented, smokeless, odorless, efficient bio-mass combustion system can be used for micro-grids, and integrated with a cloud-based sensor system and data analysis for real-time monitoring.  The team proposed a franchise model to achieve scalability, empowering community entrepreneurs and farmers in developing countries to become business partners.  The model includes a strong agricultural education component, teaching local farmers how to plant high yield energy crops that are best suited for their climate and soils, which can be used as local biomass sources.

The model created by Farm to Flame Energy has the power to address Hult’s goal of impacting 10 million people by the year 2025, since it is estimated that 960 million people live in energy poverty in rural areas around the globe.  “I am thrilled that our venture is gaining recognition, so that we can start bringing electricity to those who need it,” said McKnight, who is majoring in history and minoring in chemistry.  He is the son of Lee McKnight, associate professor in the iSchool.

Farm to Flame Energy team members include Kwaku Jyamfi ’18, a chemical engineering major in Engineering and Computer Science, and Sayje Lasenberry ’19, who is majoring in sustainable energy management at SUNY ESF.

Drop Top team members include Jason Kuperberg ’18, a biotechnology major in Arts and Sciences,  Serena DeSeta ’18, a dual major in entrepreneurship and emerging enterprises and advertising and business communication in Whitman, and Matthew Goodman ’19, a design major in Visual and Performing Arts (VPA).